Epilepsy is a chronic or long-term brain disorder that causes unusual brain activity leading to seizures, abnormal sensations and loss of consciousness. Epilepsy can affect anyone irrespective of age group, gender, race or ethnic background. Symptoms of epilepsy may be as mild as staring into space to violent jerking movements of the limbs. 75% of people living in low-income and middle-income countries do not get adequate treatment and are subject to social stigma and discrimination in many parts of the world. Treatment of epilepsy includes antiepileptic medications, and 70% of people have responded positively to them. In some cases where medicines fail to provide relief, surgery helps to control the seizures. Some individuals may require lifelong treatment along with avoiding the trigger factors like blinking lights, loud noises, lack of sleep and excessive stress being the most common ones.

What is paralysis?
Paralysis is a condition in which there is a partial or total loss of movement of some or all the body parts. It occurs as a result of a miscommunication of signals between the brain and the muscles of the body. It can be due to diseases, such as polio, nerve disorders or other causes.
What are its main signs and symptoms?
The major symptom is an inability to move some or all parts of the body. The onset can be sudden or very slow. The symptoms may be intermittent. The main affected parts include:
Facial area.
Upper limbs.
One upper or lower limb (monoplegia).
One side of the body (hemiplegia).
Both the lower limbs (paraplegia).
All the four limbs (quadriplegia).
The affected parts of the body may appear rigid or floppy, lack sensation or may sometimes be painful.

Bronchitis is a common lung condition wherein the lining of the bronchial tubes is inflamed. These tubes carry air into and out of the lungs, and their inflammation leads to difficulty in breathing due to narrowing of the airways. Cough in bronchitis is typically associated with the production of thick mucus. Bronchitis may either be acute or chronic.
What are its main signs and symptoms?
Symptoms of bronchitis differ based on the stage of the condition. While certain symptoms remain common to acute and chronic bronchitis, some specific symptoms can be noted in the chronic stage.
Generalised symptoms:
Chest tightness and shortness of breath
Mild fever and chills
Cough with mucus which may be clear, greenish or pale yellow, and may sometimes have streaks of blood
Acute bronchitis:
Typical symptoms of a cold
Low-grade fever
Body ache
Most symptoms usually improve within a week, although the cough may last longer
Chronic bronchitis:
Recurring bouts of cough
Cough may be mild or may worsen
Lasts for at least three months
Sciatica
Stress
Depression
Anxiety 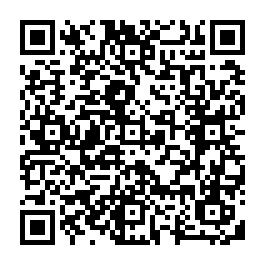